Set in 1612, it is just seven years after the Gunpowder plot, James 1st is on the throne. He and his Privy Council are governing a country that has many problems. The relatively recently established protestant religion still fears the Catholic faith, and suppression of that faith is the order of the day. Thrown into this mix is the power of superstition, and the many factions trying to gain favour with the King. It is against this background that the Witchfinder story is set.

James 1st is obsessed by demonology, he even wrote a book about it. He is also fearful of those who do not practice the Protestant faith. 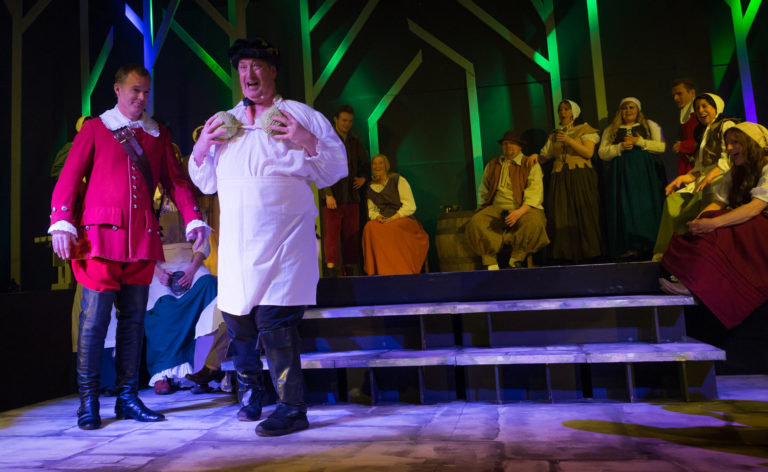 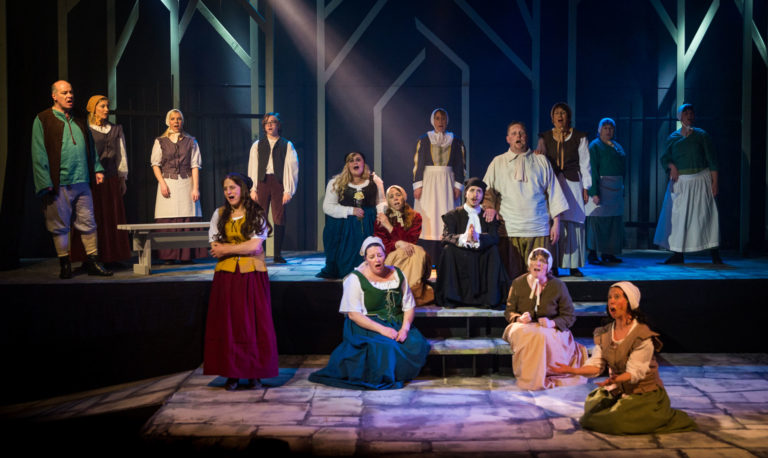 In the North of England there is trouble, a magistrate by the name of Roger Nowell requests help from the King to investigate accusations of Witchcraft and covert religious worship in the village of Pendle in Lancashire.
The King sends his men under the leadership of James Roberts, a young captain in the army. He is accompanied by his friend, a Lieutenant by the name of Edward Sykes. Heading to Pendle in Lancashire, James leaves behind his fiancee, Lady Sarah Owen, not realising that this no routine journey. It’s consequences will change his life for ever.

Nowell looks to incriminate people based on hearsay and rumour. James sees the injustice in what is happening and is soon in conflict with his duty.

Photographs from ‘WITCHFINDER’ and CODS previous productions
are all available on this gallery. 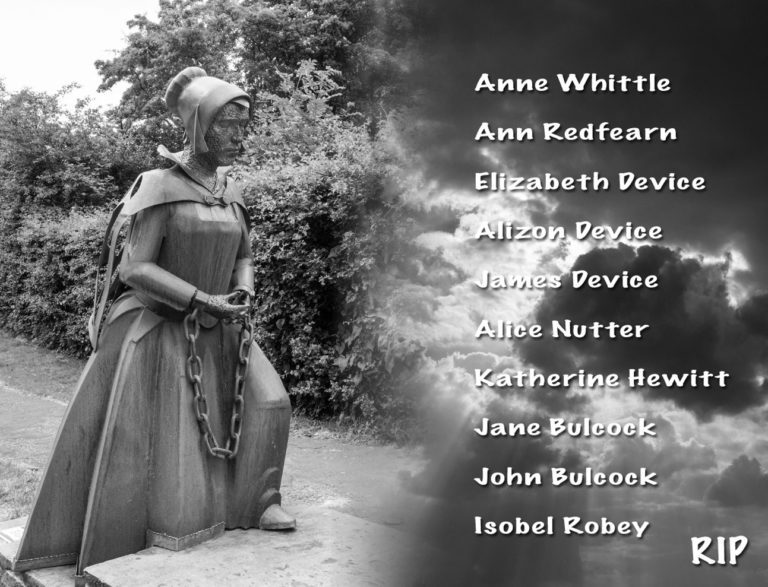 WITCHFINDER was presented by arrangement with Stagescripts Ltd.

The simplicity of the staging and the use of imaginative lighting set the scene for this story of when, in 1612, witchcraft was suspected in the Lancashire village of Pendle.  These were frightening times and suspicion and hysteria quickly grew.  We were taken from Pendle to the royal court, where decisions were made to root out this supposed witchcraft, and to various other locations.  Each place had its own designated lighting.   Usually, scene changes are best if they are swift and do not slow the flow of the story,  but this called for a different approach.  At each scene change there was a pause with a darkened stage, giving time to reflect and absorb the magnitude of the events of those dreadful times.  Depth and interest were added to the visual effect by the clever use of different levels provided by the steps at the front, and the raised platform at stage left.

This is a dark story and the director had ensured that this strong cast was able to identify with the people of those times.  There was a great deal of honesty and emotion in the portrayal of the characters.   Some actors had a greater input than others but all contributed superbly, there were no weak links.

CODS is blessed with some lovely voices which enhanced the exciting score. The songs were beautifully sung and the choral singing was exceptional. Choral singing is a part of this society’s regime and that training was apparent in the clean way each musical phrase ended.   The band was excellent and the sound balance was right.  The lighting was clever and exciting.    Costumes appeared to be historically accurate and were attractive.  It was nice to see an apparent absence of makeup for the folk of Pendle.

It is noticeable that where good diction is the norm for a society they tend to have full, or almost full, houses.  Audiences do not always know a show and, even if they do, they like to hear the words both spoken and sung.  Many in the audience did not know Witchfinder but thanks to the first class script, excellent direction, and, very importantly clear diction, they were able to follow and appreciate the story.  Although Witchfinder is not yet a well known musical there were full houses for the week and on the evening I was there the audience stood in respect and appreciation at the end of the performance.

CODS is to be congratulated on a superb production, the success of which is in a great part due to the very talented director and the musical director.

Witchfinder left me with a buzz which, at the time of writing, is still with me.