The play is a musical reconstruction of incidents relating to the East End murders which took place between Friday, August 31st and Friday, November 9th, 1888.

A solution of Jack the Ripper’s identity is hinted at, but the play is an atmospheric commentary rather than an historical re-enactment, shifting between reality and artificiality, with characters representing “real” people as well as members of the music hall audience and players.

It is an essential feature that some characters are called upon to play more than one role. They thus have a life within the Music Hall and also in reality. The Chairman also plays the authoritative roles of Sir Charles Warren, the Magistrate, and the Dock’s Foreman, while Montague Druitt is also known as Toynbee and plays the villain in the melodrama and the magician.

What dreadful fate befell Polly Ann Nichols, Marie Kelly, Annie Chapman and Lizzie Stride… …and they were just four of the Ripper’s victims?
What did Mendoza and his gang, Bluenose, Slop and Dinky Nine Eights get up to?
Who was the mysterious Montague Druitt of Toynbee Hall? Why was he so interested in Marie?
How was Queen Victoria involved in all this ……?

Did you come along and find out?  It was a ripping show!! 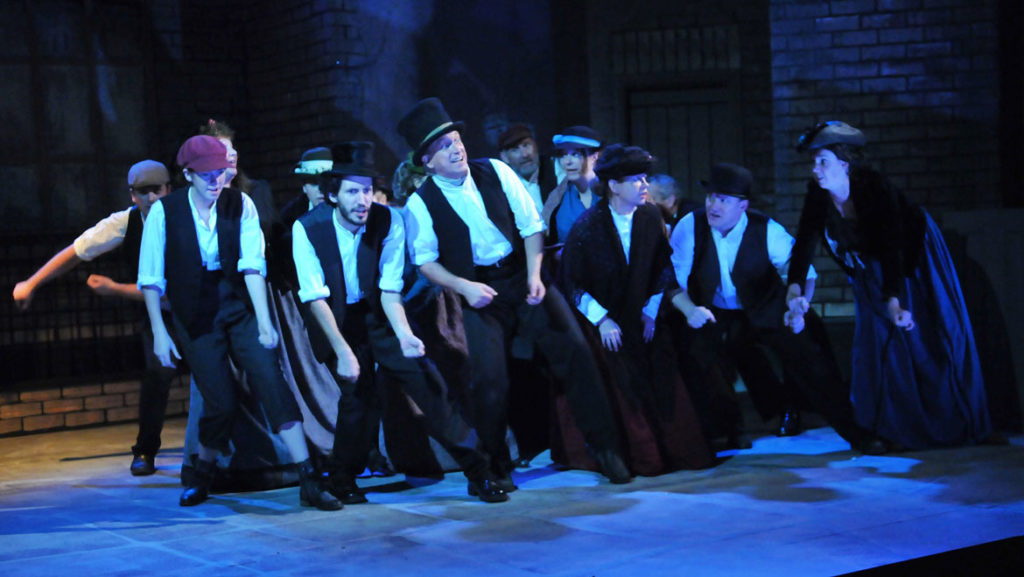 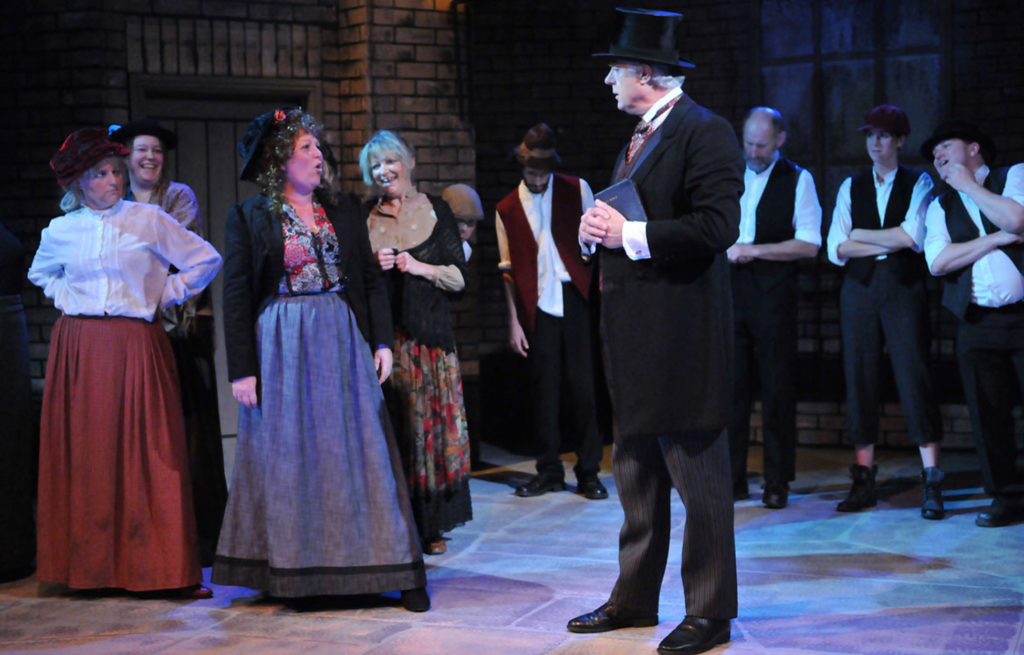 This is an unusual show, not very well known and as the director states in the programme, it is an atmospheric montage and as a production it was very good. It has elements of Victorian mystery and melodrama and Old Time Music Hall

The music was of a high standard and the company singing excellent. Counterpoint and harmony is difficult but this company managed it with ease. The accompanist was very sympathetic to the performers and a guitar added a nice touch.

The staging and interpretation owed much to the imagination of the director and with no choreographer he did very well offering interesting movement, patterns and pictures. The whole cast remained characters throughout and there were very good performances from the principals, particularly Mike Canning who as the Ripper and the MD presented an accomplished performance.

This show with good songs is very humorous and it was a different and very entertaining production, well suited to a talented small company in a small venue.