CODS knew very little about this show when it was chosen for our 2001 Musical Production.
As the cast explored Howard Goodall’s superb musical numbers and developed the story, continuing our ‘in the round’ style for the second year, it became clear that we were on to a real gem.
The Hired Man is a lesser known, but very wonderful show for any Society looking to find something new to present.

Based on Melvyn Bragg’s stirring novel of Cumbrian rural and industrial working life, set in the first quarter of the twentieth century, The Hired Man tells the story of one family’s – Bragg’s grandparents’ -journey from land labourers to colliers and back to the land.
Set against the background of working class ritual-whippet racing, hiring fairs, hunting, drinking bouts, union meetings. The musical brings alive that cavalcade of British history which swept us into a new century and a war to end all wars.
Howard Goodall’s superb score is strong in the British choral tradition-a marvellous succession of chorales, operatic duets and vigorous foot-stomping rhythms.

Without a doubt our audiences left the show feeling they had seen something new and entirely different. 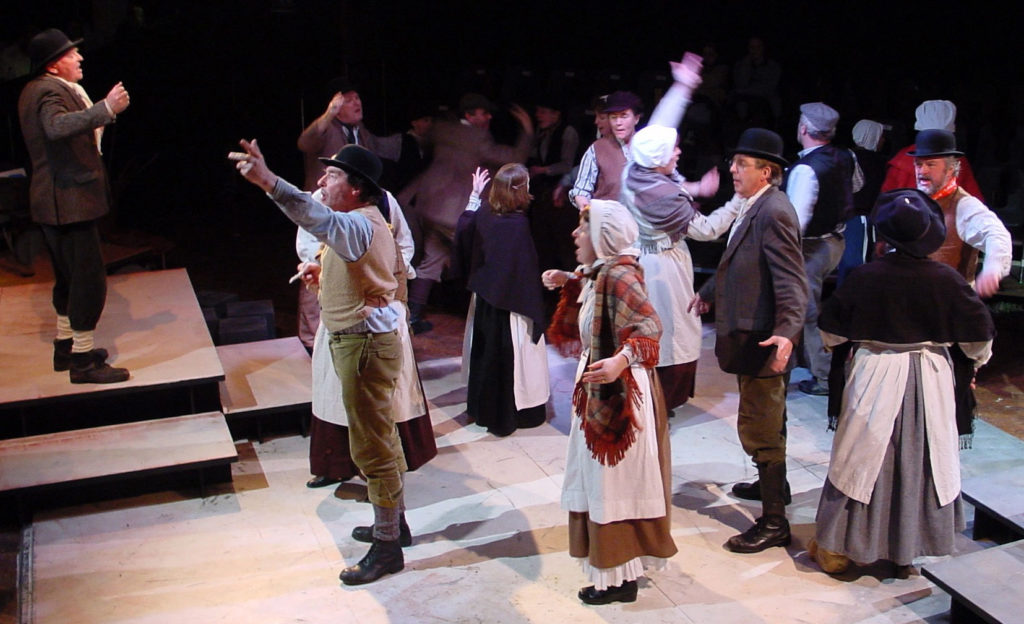 More photos from the production ….