BLITZ! was Lionel Bart’s follow-up to his 1960-hit Oliver!

It Opened on May 8, 1962 at the Adelphi Theatre, London and ran for well over two years, a total of 568 performances.

Set in 1940 in the East End of London, the city is taking a terrible pounding from Hitler’s bombs.

Life however goes on, and the residents of the East End somehow continue with their day to day lives, with humour, courage and resourcefulness. 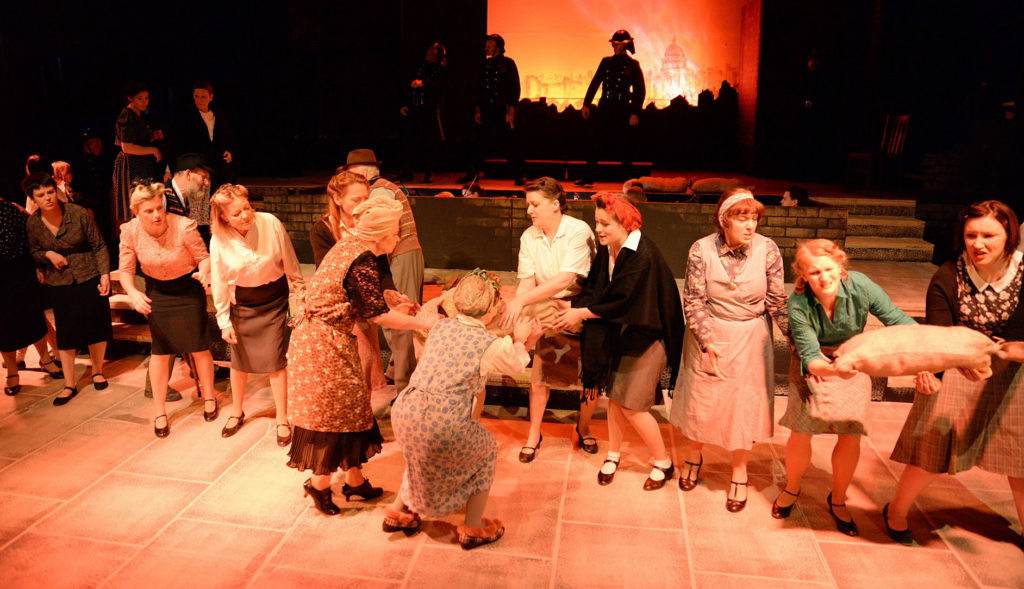 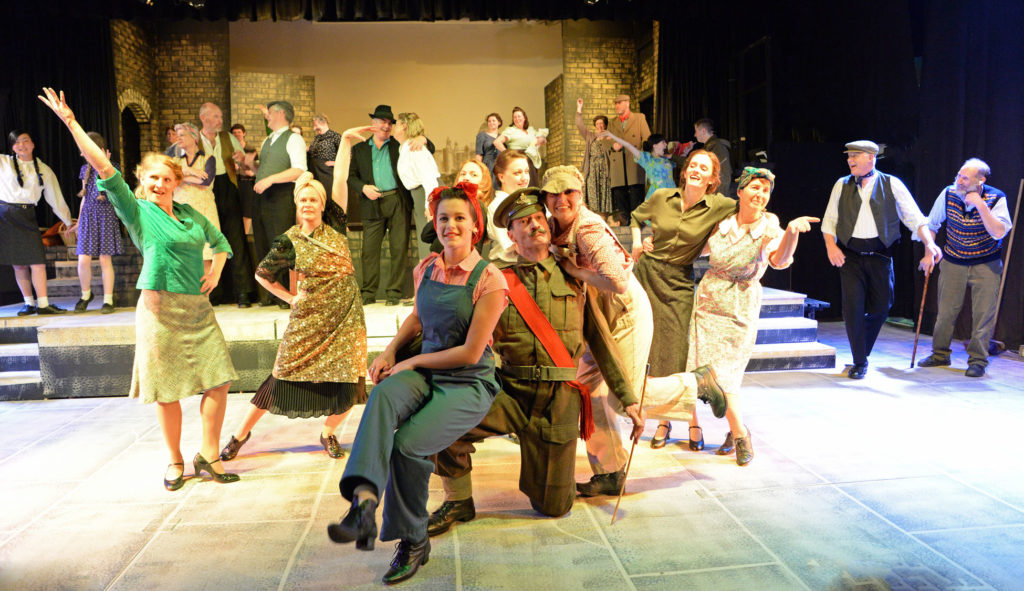 The story is told through the eyes of two families:

Mrs. Blitztein and her large Jewish family, especially her petty-criminal son Harry and her beautiful daughter Carol. Mrs B has a pickled herring stall in Petticoat Lane’s market.

Alfred Locke and his non-Jewish family, particularly his son Georgie. Mr Locke has the adjacent market stall. Mrs B and Mr Locke do not speak to each other!

Their trials and tribulations set against the wartime background make for a very nostalgic mix. A really enjoyable show to perform. 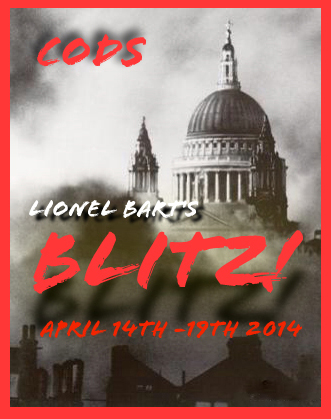 The characters all fight their own particular battles with neighbours and authorities alike, through many situations, both humorous, some tragic, and eventually find their own individual peace.

Photographs from ‘BLITZ!’ and previous CODS productions
are all available on this gallery.

These range from the very early productions to the present day.

There are also some movie clips.

This company has to stage its productions in a school lecture theatre and they manage to transform it to great effect for their shows.

The set was inspirational in the way that you felt immediately you were in part of the London Underground, dark and dismal with a haze of smoke to add to the atmosphere.

The Band was ingeniously placed in the middle of the set in an underground of its own I did think at first that this might be an intrusion on and a distraction from the acting, but not a bit of it; it worked extremely well.

Mrs Blitztein was on stage practically the whole time and portrayed her East End Jewishness very convincingly in her mannerisms and accent, although sometimes a little difficult to understand. Her musical numbers were sung with a great deal of conviction and a good strong voice.

Alfred Locke did a great job, his cockney accent gave him the strong character it needed for this part, I particularly liked “Tell Him, Tell her” It was skilfully done.

Carol and Georgie made a great couple and complemented each other to perfection, their love for each other shining through the family arguments and rivalries

Elsie was very vibrant and a great character “Leave it to the Ladies” was real good fun.

All the above ably supported by the rest of the cast, who looked right for the period and acted their parts with conviction

Everyone put their all into the show and the Children’s Chorus nearly stole the show. The poignant evacuation song “Going to the Country” and the amusing   “Mums and Dads” musical number were sung with gusto and every child knew the words, you could see they were loving every minute of it, well done.

The costumes looked very authentic and as always every member of the cast, principals and chorus stayed in character whether centre stage or not.

Congratulations for the good effects that CODS are noted for, the post bombing fireman scene was particularly well done.

The Orchestra sounded really good and not intrusive; they did a very good job, under the MD Simon Carter.