Anything Goes : April 2007 Music and lyrics by Cole Porter

SS American is a ship that sails from the USA to Europe, England. There is a fairly bright and motley crowd on board, each with their own vision of life. There are: a broker who become a bankrupt (“broke broker”, as he says about himself); heiress and her zooty dude satellite, that assesses all dapperly, on the basis of own appearance; a mother of a wealthy heiress who looks more subtle and refined than her daughter; former preacher of the church, who left it to earn and now is a patron of dance pip show; and the company of very beautiful girls who are very sinners, seekers and finders of adventures on the fifth point.

The news that rich unmarried woman floats onboard who is going to receive an offer (for the money), is haunted Billy, who is broker here and he’s going to own this tidbit, not to share such potential wealth with anyone (and gather himself, but eventually falls in live truly). 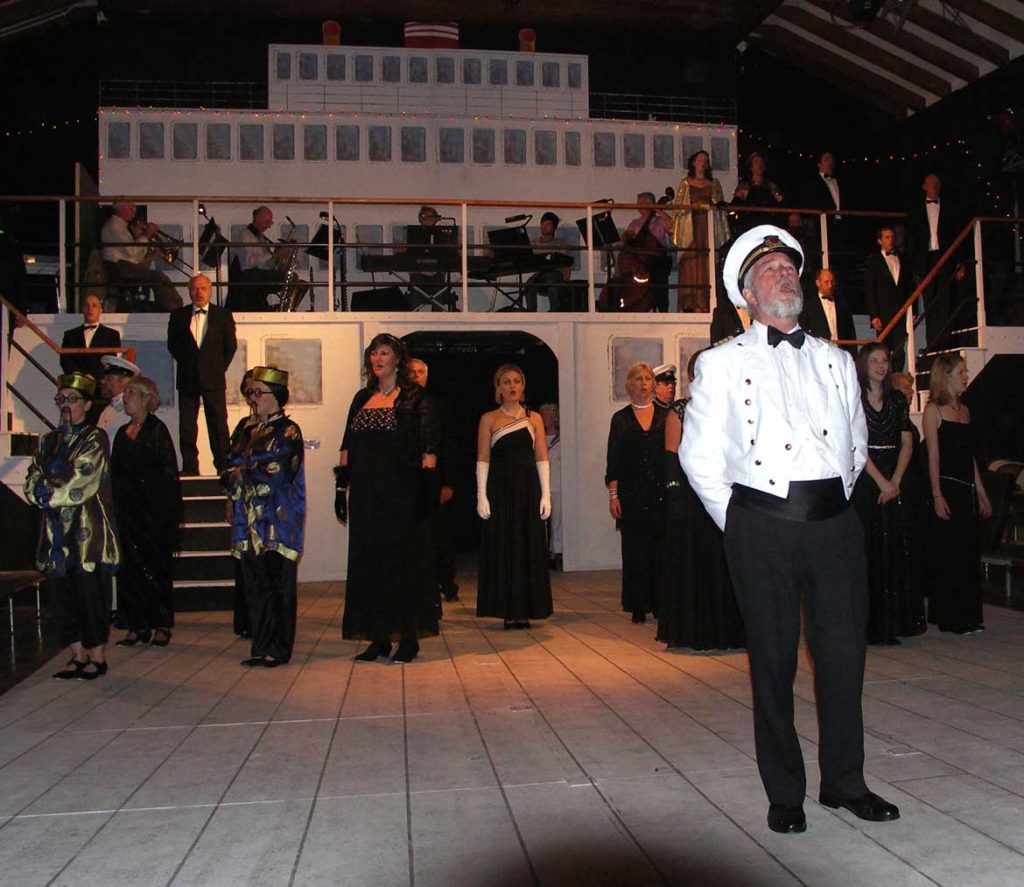 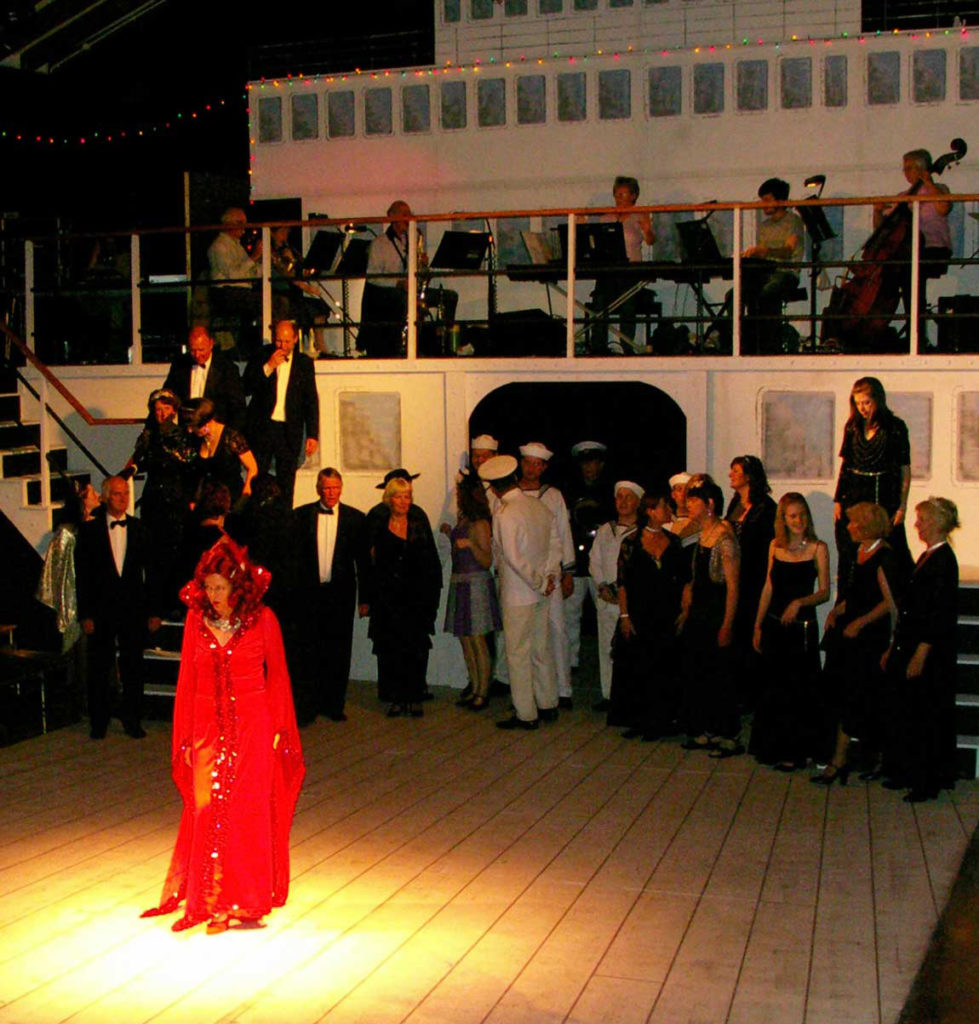 Heiress after leaving tries to flirt with a man of conservative views, Sir Evelyn. After joining of Billy to their chatter, they dance with the team. Girls of the passengers dancing with sailors very refined group dance. Billy, who is trying to implement his plan, but unbeknownst to boyfriend of heiress, pretending different characters – the old woman, the bearded man, what a noble person.

Billy is not so simple as it seemed before – he’s one of the most wanted criminals in America. After he has been discovered, he was arrested and put in prison on the ship, where he talks through singing about his feelings. To get out of prison, Billy plays strip poker with Chinese on board and now he is dressed like them, so by the end of the play he runs away, taking with him his partner during the wedding ceremony, which was acting on the board closer to arrival to Europe.

This was a great show to do…. Lots of singing and dancing… improbable characters and a suitably silly story! 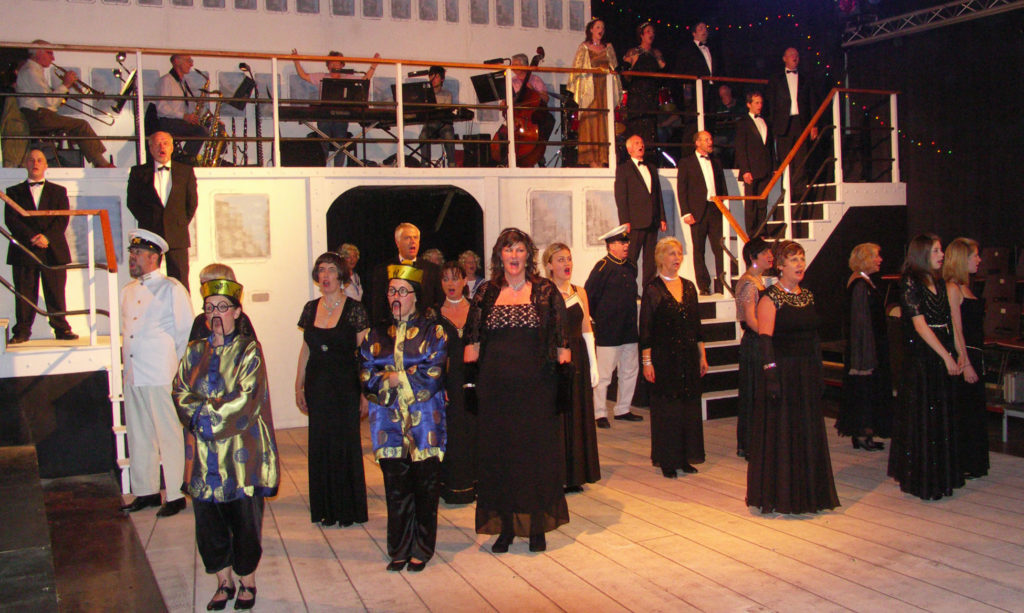 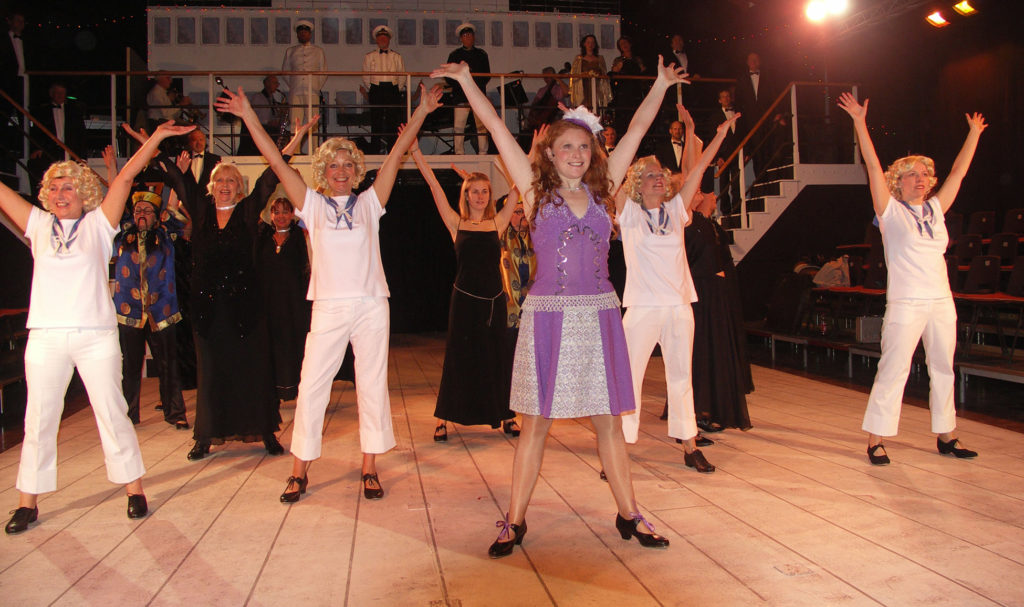