Book by Joseph Stein; Music and lyrics by Stephen Schwartz

A charming tale of love and bread in a provincial French village, The Baker’s Wife never reached Broadway, but received favourable reviews and developed a cult following.

The story opens with Denise, the cafe owner’s wife, welcoming the audience to their little town where nothing changes, and explaining that they are awaiting the arrival of their new baker.

When middle-aged Aimable Castagenet appears, he is treated as a celebrity – and when his young wife Genevieve arrives, she is greeted with wonder, fascination, and a little bit of scorn.

The village is curious about how an older man could win such a young woman, and Genevieve herself reveals her own doubts about her life with Aimable.

When the Mayor Marquis’ playboy driver, Dominique, flirts with Genevieve and lures her away, Aimable is undone and unable to bake.

The village rallies together to find the baker’s wife and bring her home – but is it too late?

A sweet little tale from the composer of Pippin, Wicked, and Godspell, The Baker’s Wife is most famous for its music, including “Meadowlark” and “Chanson.”

The Baker’s Wife is a show full of humour and memorable tunes. As it was an unknown show we had to work hard to sell it. However the audiences really enjoyed this lighhearted production. 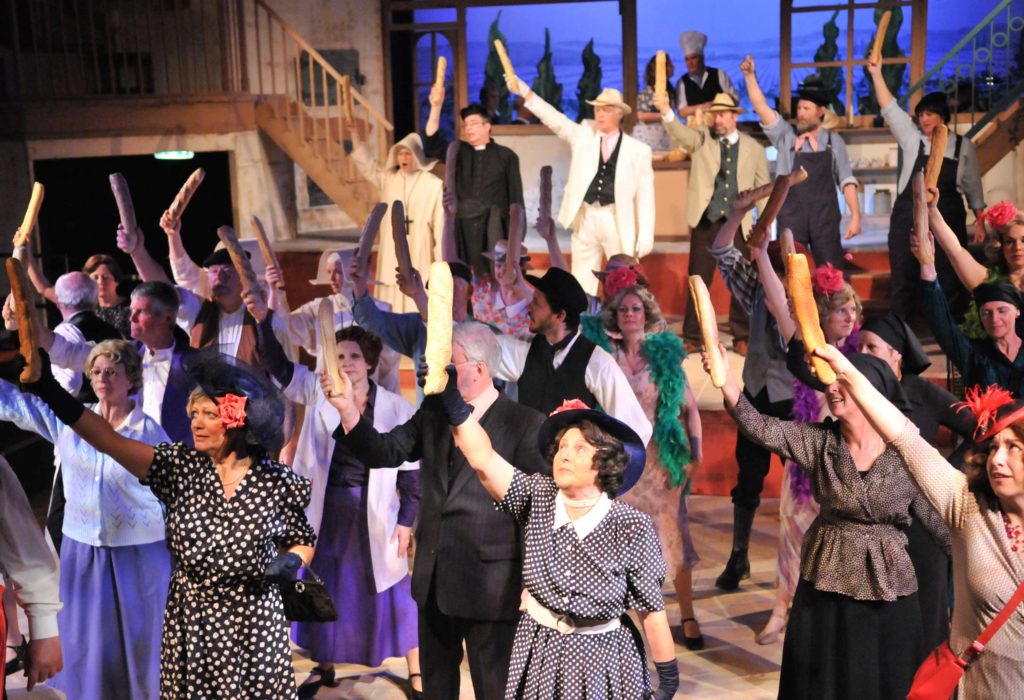 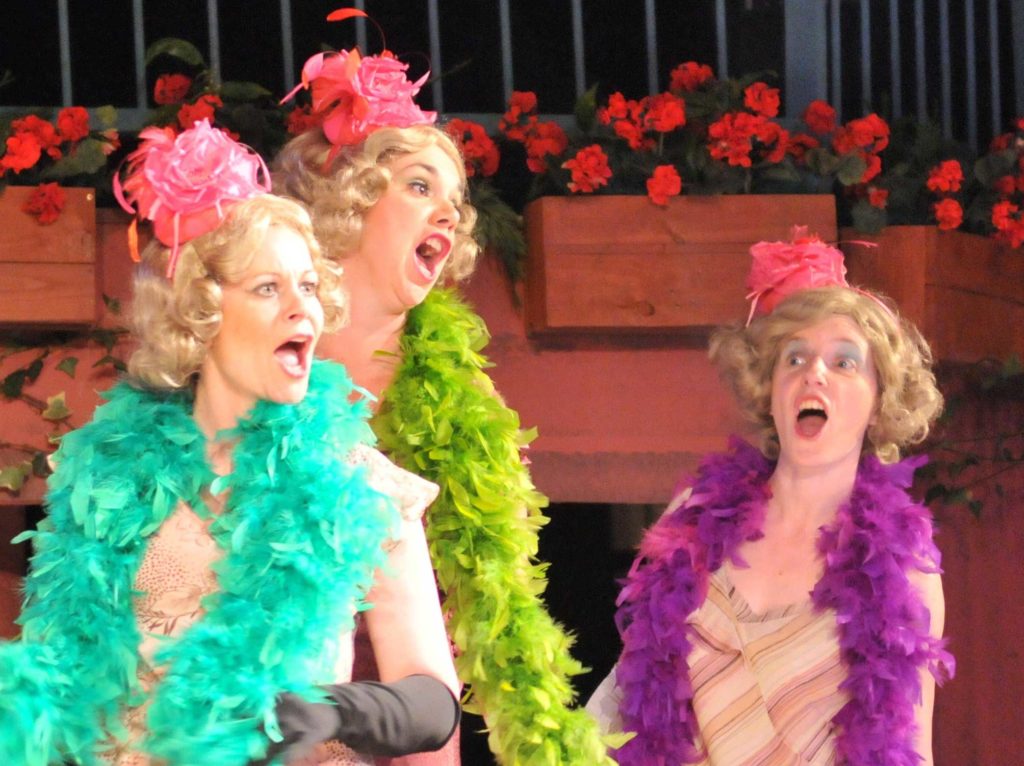 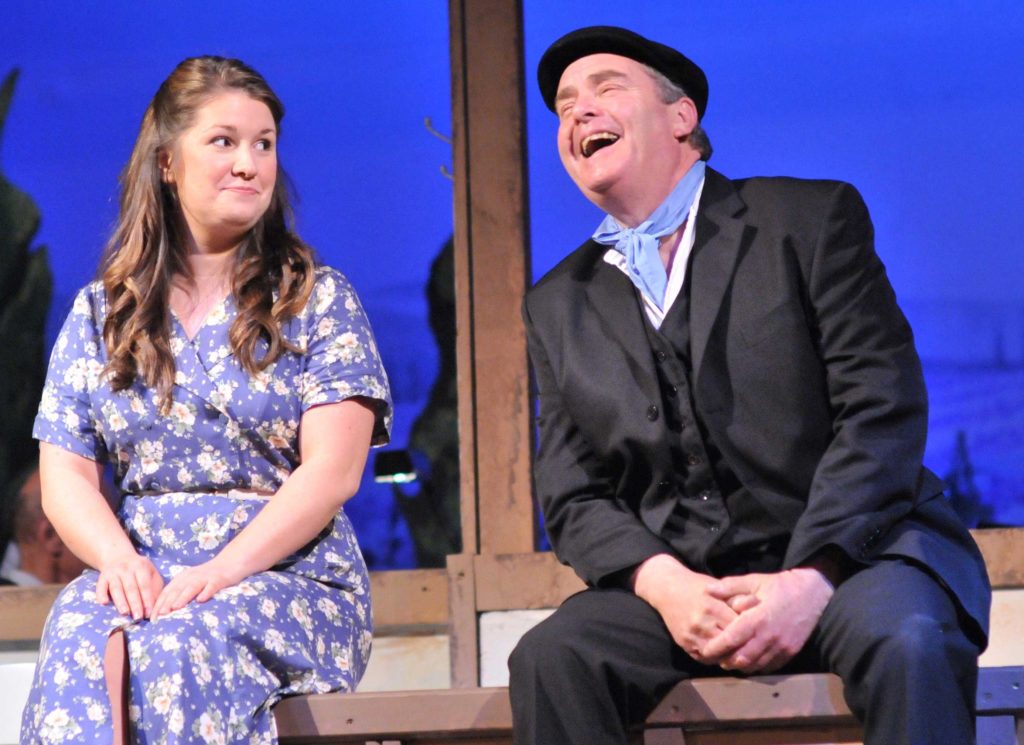 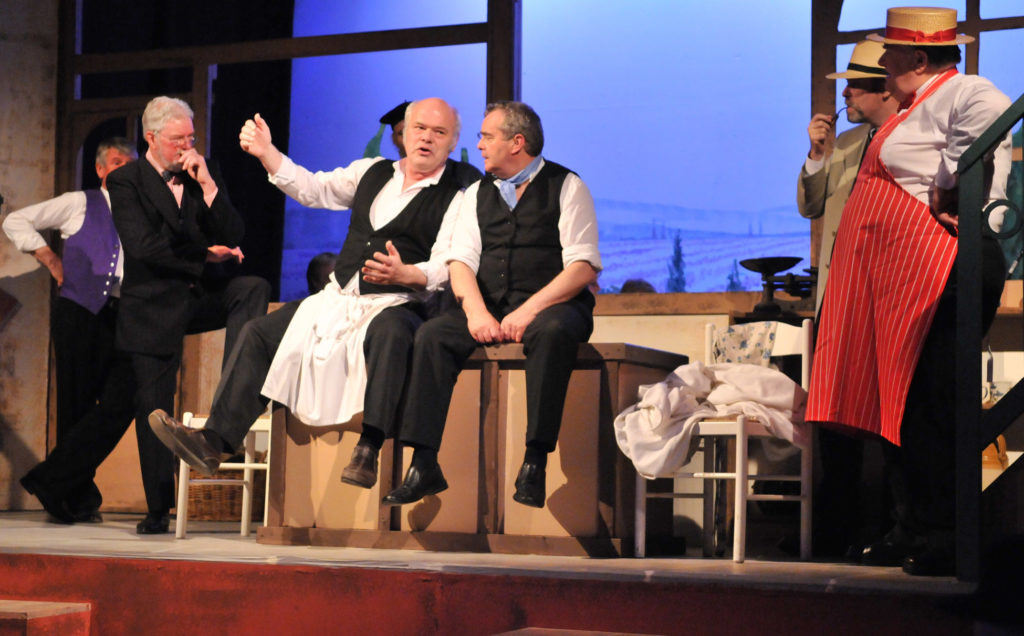 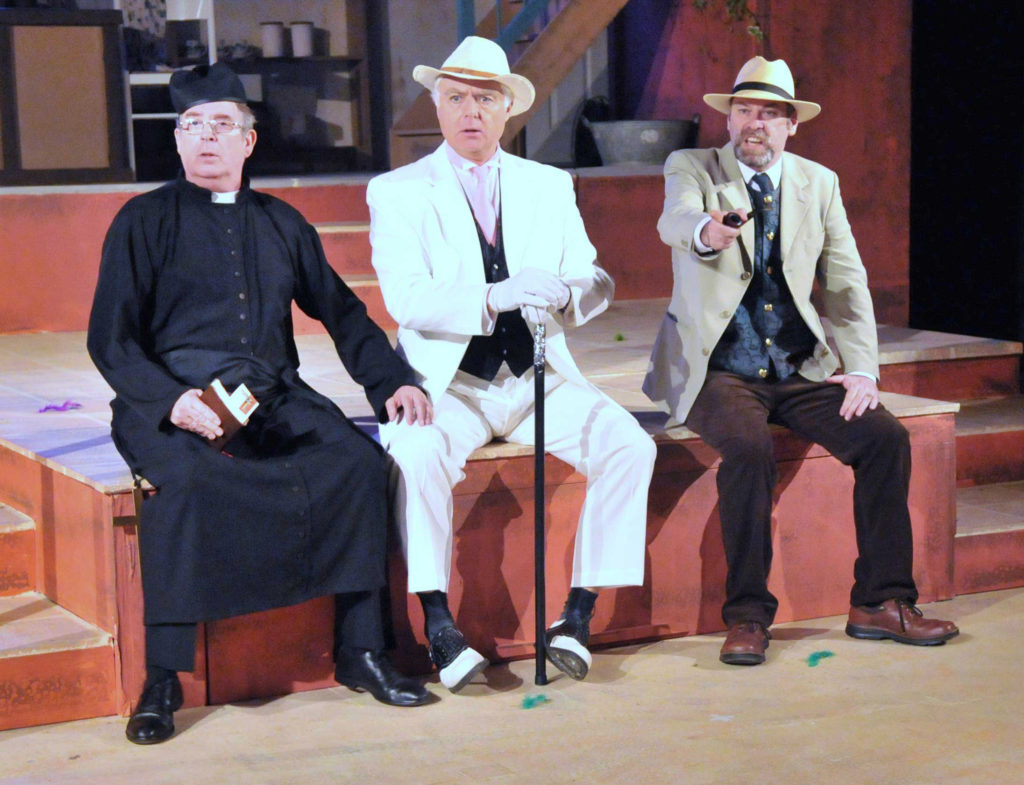 More photos from the show ….

The minute you walked into the building you were transported to a café in a small French village. A charming atmosphere had been very well created by appropriate costumes, furniture and props and a clever stage set.

The production was strongly cast and even the smallest roles were extremely well performed. The show is not written for a large chorus, but the director cleverly integrated all the company into the plot with everyone completely part of the story, playing consistent and often amusing characterisations.

The audience really felt as if they were part of the lives of these villagers, as their contrasting emotions were so well portrayed. The Baker, the Baker’s wife, The café owner and his wife and Monsieur le Marquis were all expertly played and I must give Therese, a spinster, a special mention as I found her performance highly amusing.

I could mention everyone in the cast as I did not see a weak link. The music in this show is challenging, but both chorus and principals sang it with confidence and feeling, the small band never overpowered them and it was kept under tight control by Dorothy Worthington. I watched the show on the first night and what a performance the company gave and what fabulous team work. It could have only have got better.

Congratulations to all involved.