HMS Pinafore was first performed in 1965 and Trial was presented a year later. To honour our founder members and to continue our tradition of innovative entertainment “Trial on Pinafore” reflected the past, but with a fresh look at these two well known works.
Bright colours, simple set, exciting instrumental accompaniment and loads of quirky ideas brought the show up to date and demonstrated the changes in approach over 50 years.

A few liberties were taken with the presentation. we hoped that Mr G or Mr S wouldn’t take too much exception to this! 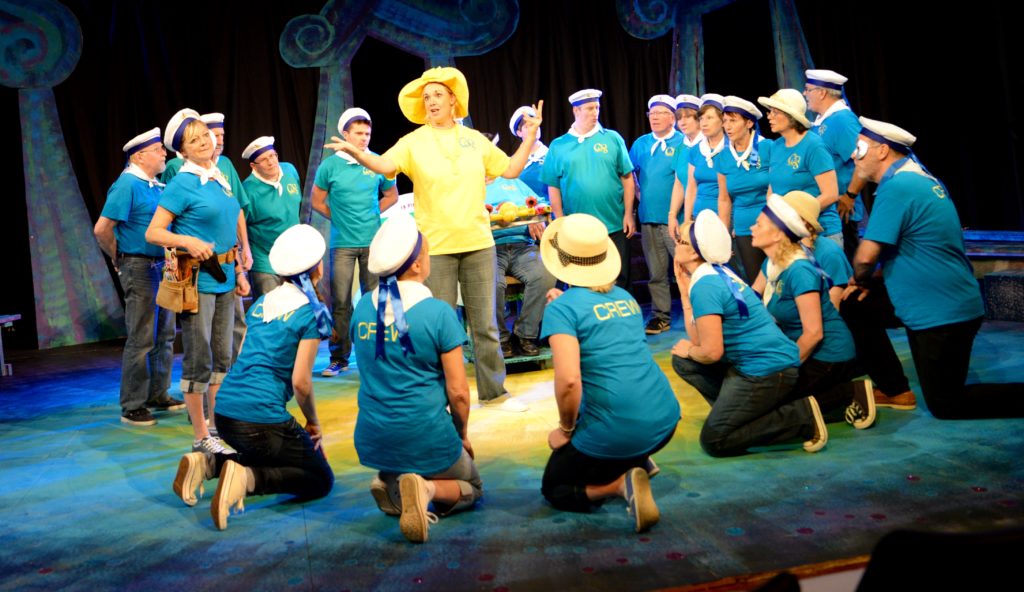 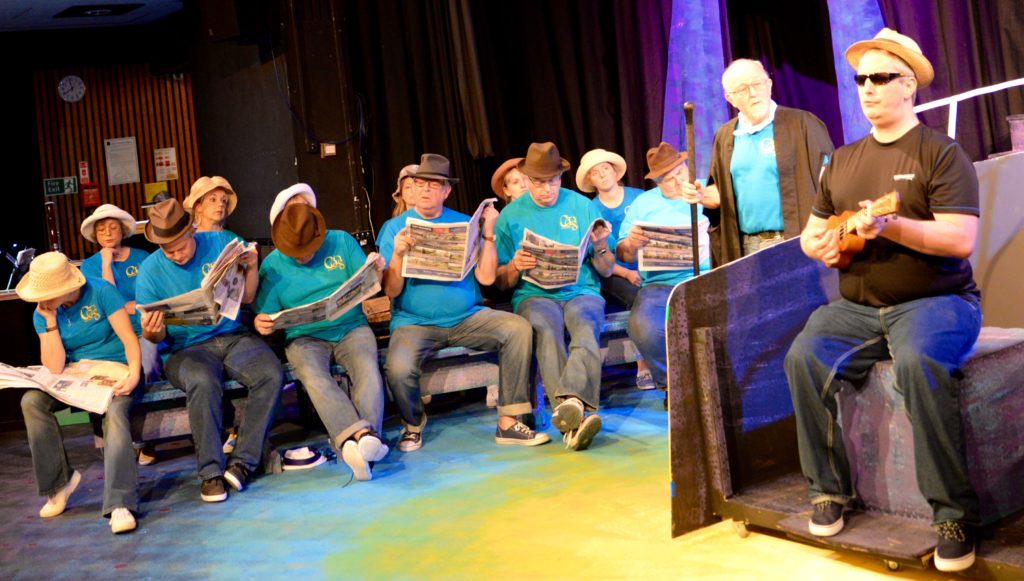 Boarding the cruise ship SS Pinafore half an hour before departure, the entertainment began in the bar with popular G and S music, the usual draw tickets, programmes, a glass of something and an opportunity for a ‘cartoon’ photograph as Captain Corcoran or Buttercup.
‘Trial’ emerged during the first act of Pinafore when Sir Joseph Porter KCB announces himself as a playwright, and commands the company to get the decks ready for a Trial …. in this play wot he wrote!
The fun continued …… 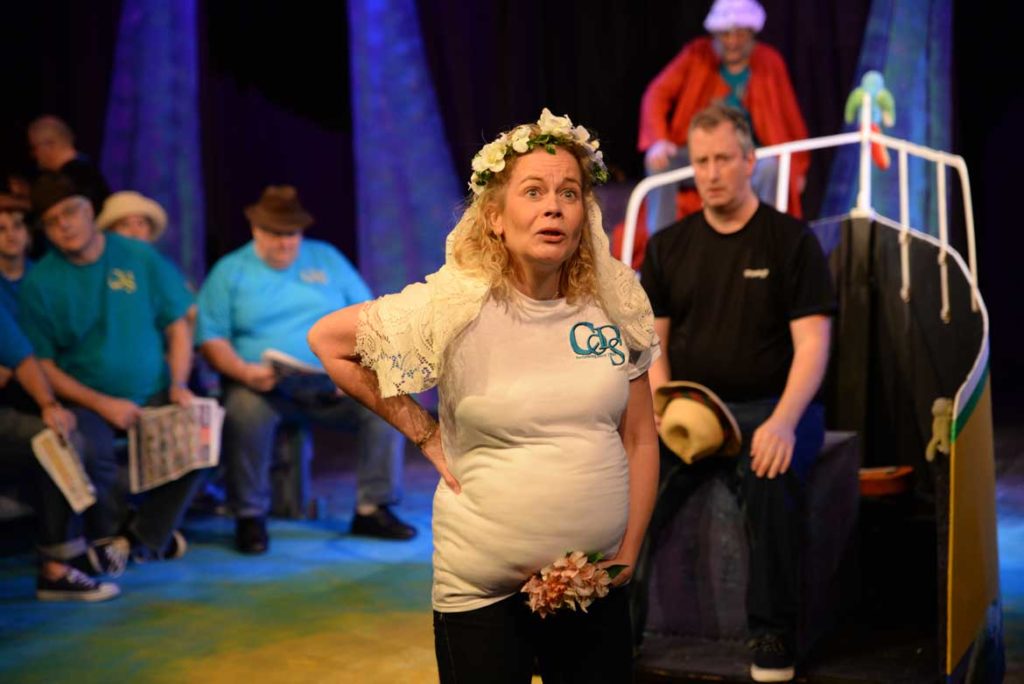 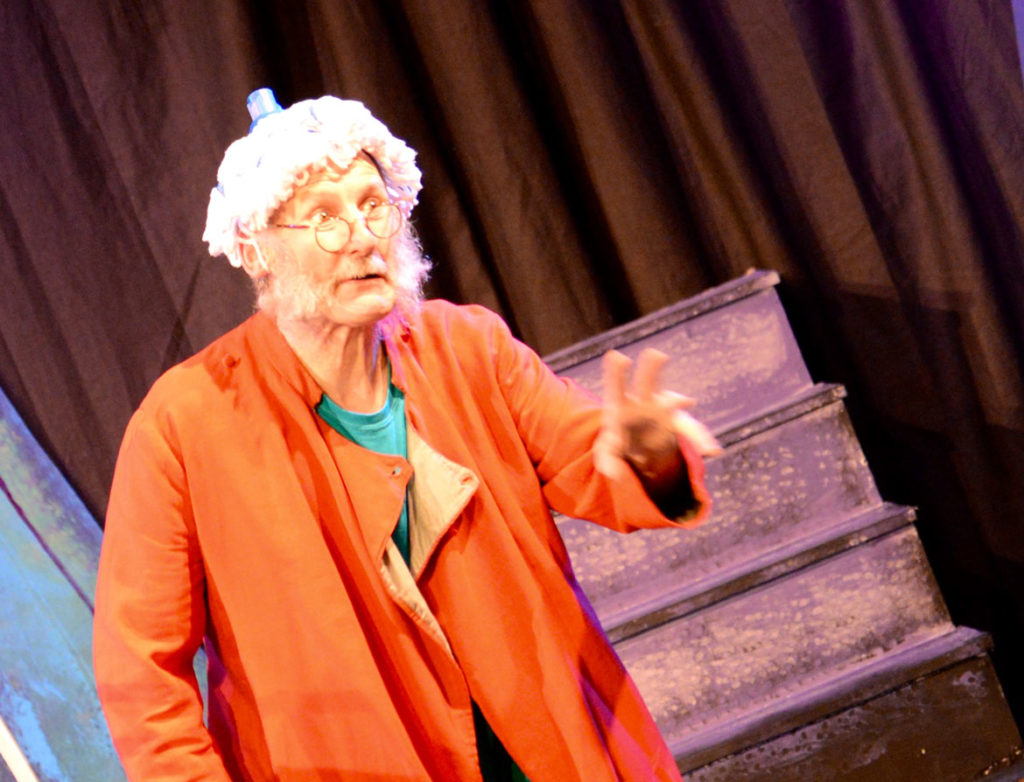 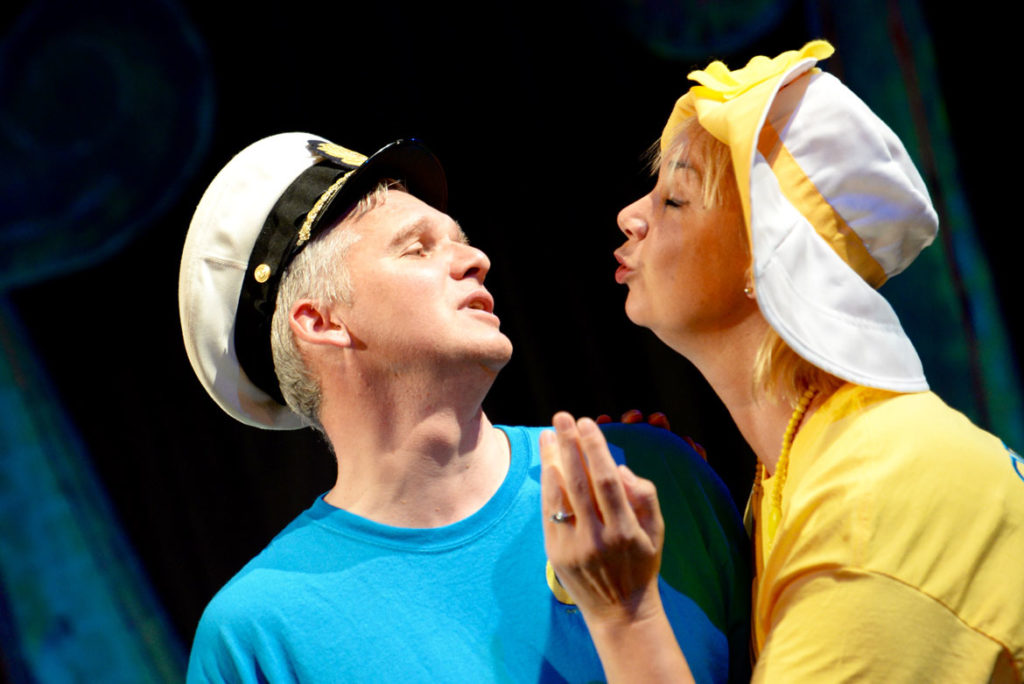 What better way for C.O.D.S to celebrate their 50th Anniversary than picking up the tradition of the founding fathers of their society and performing G&S. One that traditionalists(and maybe their founders)would tear their hair out at, but C.O.D.S always like to do something a bit different and this production of” H.M.S. Pinafore” combined with ” Trial by Jury” was the sort of entertaining and clever production that CODS do so well in their own unique style.

As you entered the foyer you were immediately involved with the show without even realizing it! As if you were boarding the Pinafore; you had your picture taken; there were crew members milling around and sea shanty’s being sung .this is what C.O.D.S are so good at doing; making the audience part of the whole experience and atmosphere BEFORE the show.

The cast were in identical tee-shirts, all marked Crew and the only way to tell who was chorus and who was a Principal (apart from when they began to sing) was in the wearing of a particular hat. So simple but very effective.

It is unusual for me not to men-on each character separately but they all were so good, as were the chorus that they all shone in this production. All enthusiastic and obviously enjoying every minute.

The singing was first rate, the clever touches just made the whole thing flow, it was wiOy clever and inspired to have Sir Joseph in a wheel chair with a children’s steering wheel and hooter, (a device to enable an experienced actor to perform despite recent hip surgery) to have the judge’s wig made from a mop head and the bows of the Pinafore turned around to become a court room were all such wonderfully good touches that made you realise what thought had gone into this whole show. The two musicians were so versatile they sounded like an orchestra! Margaret Chave did a splendid job as did Ian Crew who played so many different and unusual musical instruments I thought he may have come from the sea, having learnt his dexterity from a friendly octopus!

The Directors Mike Canning & Phil Ward have my heartiest congratulations for thinking outside the box. So much can be done with G&S these days that it can easily go over the top, but not in this production; it was pitched just right. To sum up “superb” (and very rare for me) faultless. An unforgetable evening of sheer pleasure. Again; well done C.O.D.S. 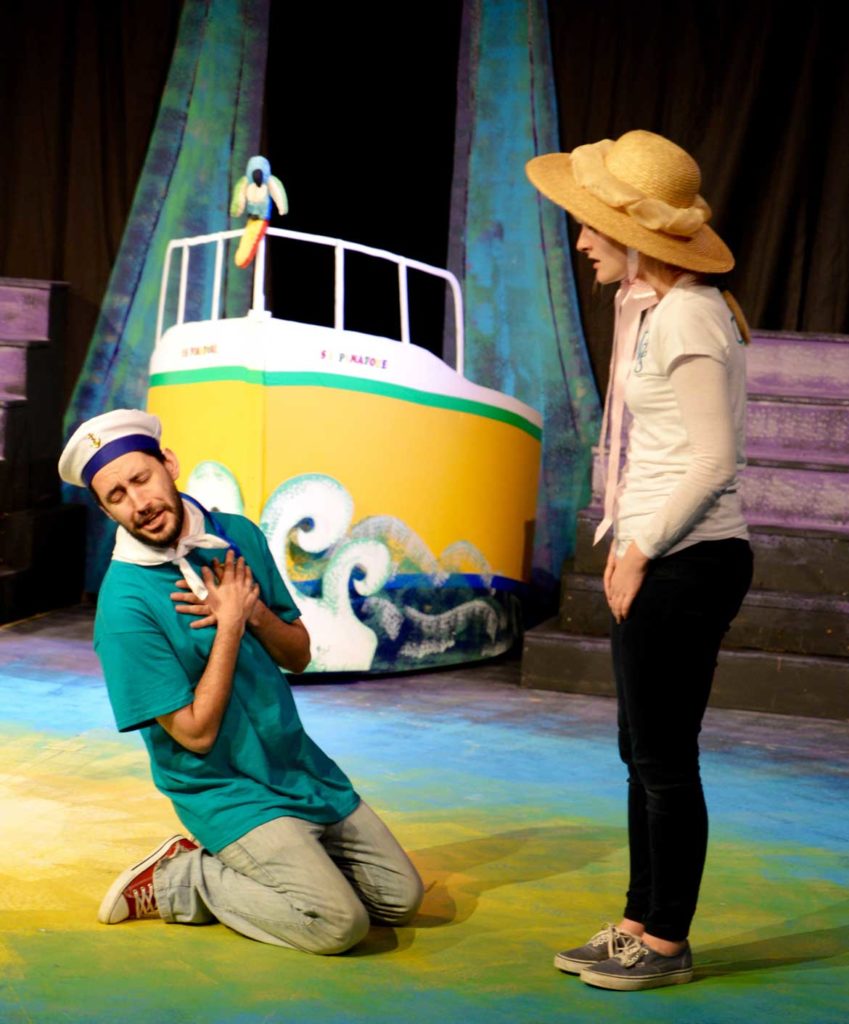 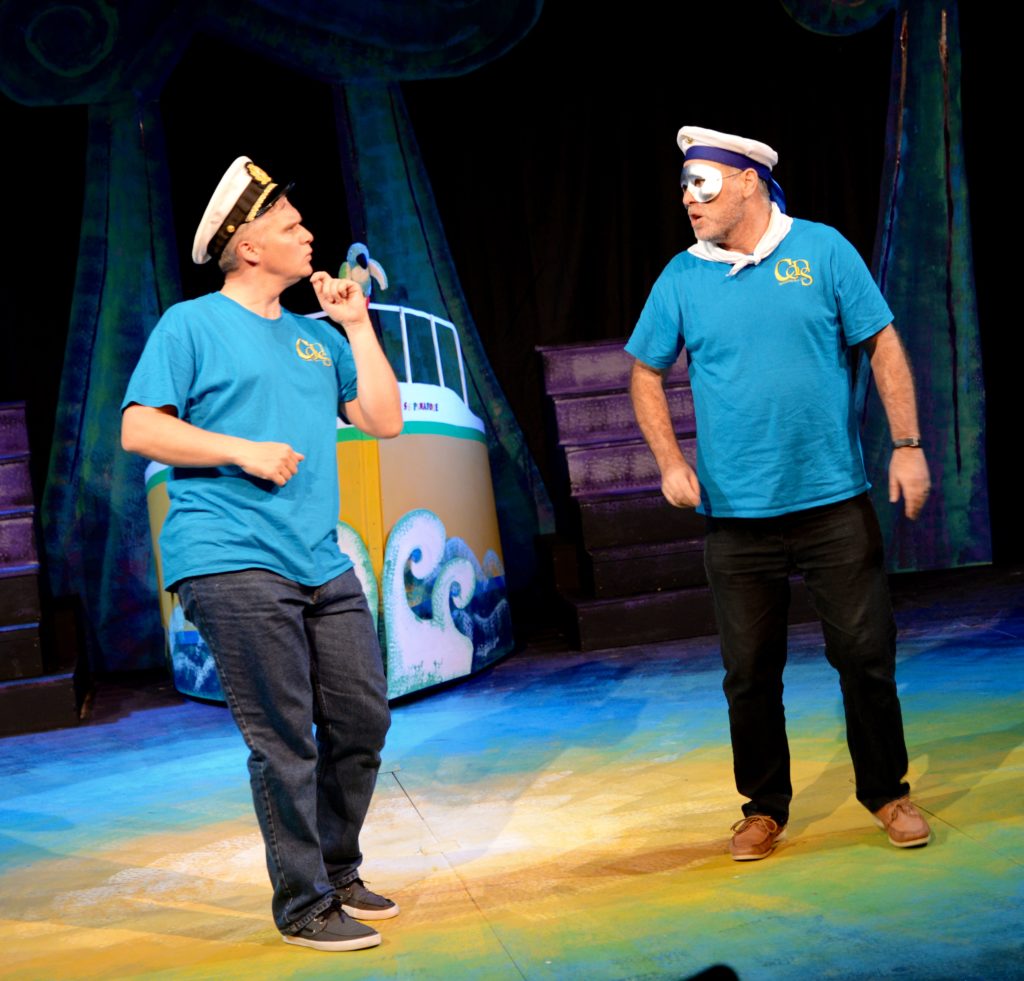