A Chorus of Disapproval by Alan Ayckbourn

To recap the story … ..The local Am Dram company, that go by the acronym PALOS (the Pendon Light Operatic Society) are staging a production of John Gay’s ‘The Beggars Opera’.
Against a backdrop of disappearing cast members, attempted bribery, wife-swapping, cat-fights, affairs of the heart and mix-ups in the laundry, we follow the efforts of frustrated director Dafydd Llewellyn through the hilarious process of ‘herding cats’, as he tries to arrive at opening night with a full cast and a performance that starts at the end and finishes at the beginning!

As Shakespeare said “they have their entrances and their exits.

Indeed they do … So many entrances and exits!

Take just one of the characters …..  Guy Jones for example. He turns up to join PALOS, The Pendon Amateur Light Operatic Society,  and finds himself coming and going in all sorts of directions.

In the case of the PALOS production of ‘The Beggars Opera’ his direction is ever upwards, starting as a bit part and working his way up to the leading role, in a remarkably short space of time. These are not his only entrances and exits however, far from it! Mr Jones proves very popular with the ladies of the Pendon Amateur Light Operatic Society, and his performances turn out not to be limited to the stage! 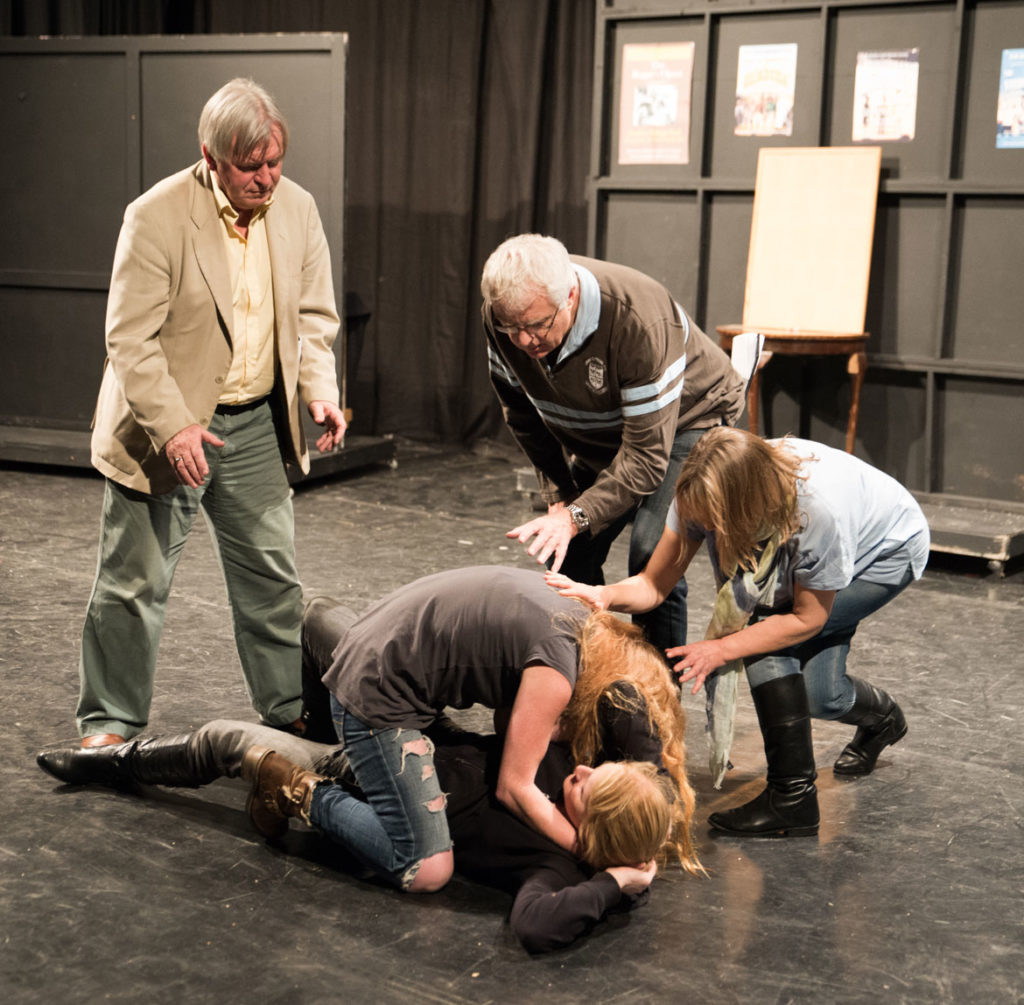