ALADDIN and his MAGICAL LAMP

By Peter Long and Keith Rawnsley

CODS ‘ALADDIN’ ….APPEARED AS IF BY MAGIC!

‘Aladdin and his Magical Lamp’ opened in the Old Town Hall on Wednesday 18th December for five performances. It was a sell out!

The preparations for Aladdin began with the auditions on 27th October and rehearsals started the following evening. The cast and backstage team put in a good few hours getting the show ready to entertain our audiences.

The story of Aladdin has its own fascinating history. It was brought to light by a Frenchman named Antoine Galland and added to the stories of the Arabian Knights.

But who first told this tale? Did it originally come from a Syrian Priest or was it from a manuscript found in Baghdad as far back as 1704, and if so who wrote the manuscript?

Whatever it’s origins, the story of Aladdin and his Magical Lamp seems to have been very suitable material for Pantomime and has been performed traditionally for a great many years.

The CODS version was faithful to the original story, but in common with all the Panto traditions and modern trends, it may have been less recognisable to the original writers! 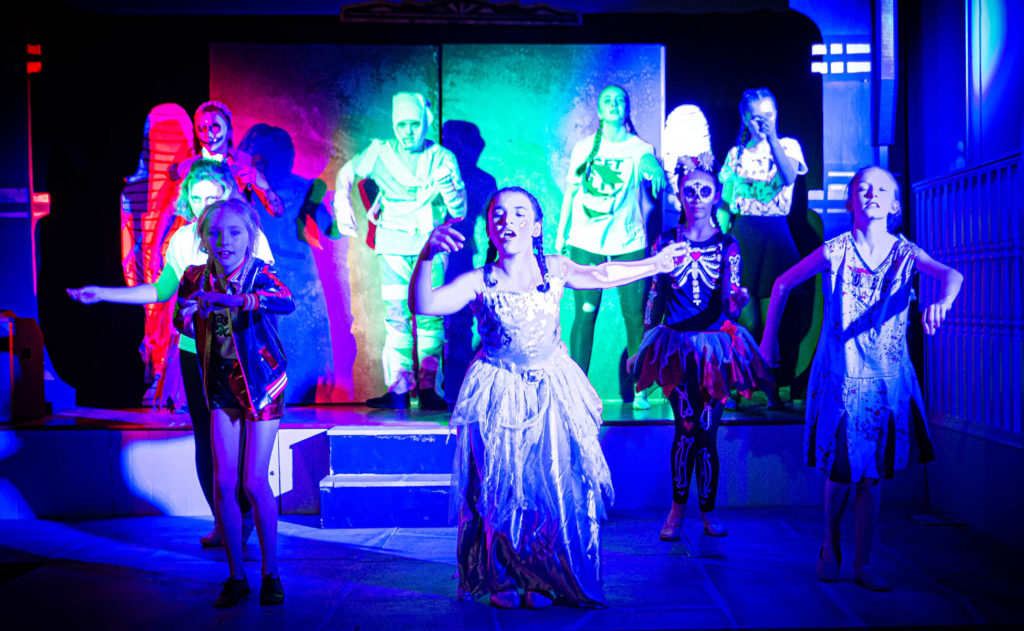 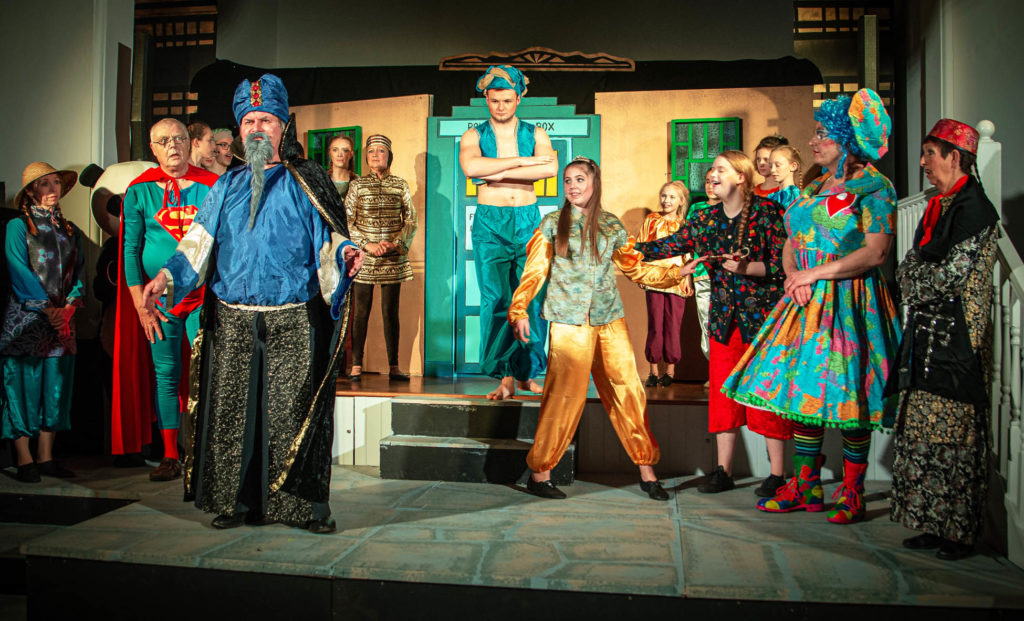 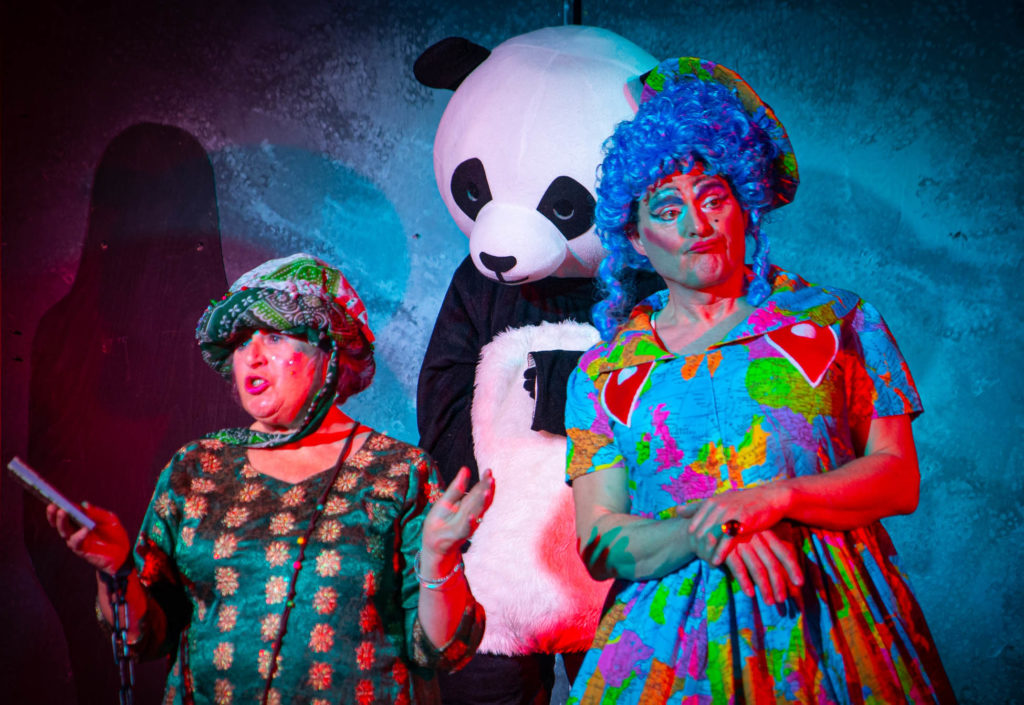 The Lamp and magic carpet still survive, but other modern devices (no spoilers!) seem to have crept into the story. Improbable? Well you wouldn’t expect anything less would you!

In fact all the usual Pantomime traditions were there to enjoy. Cheering the hero, booing the villain, who defies the audiences with his dastardly threats. Shout of ‘He’s behind you’, ‘oh yes he is’ etc. Audience participation was, as ever, obligatory!