KEY FOR TWO ……
A brief synopsis (well sort of!)

Harriet, a divorcee living in an elegant flat in Brighton, solves her financial problems by entertaining two married gentlemen callers on different days of the week.

Each man thinks he is the only one in Harriet’s life, and Harriet orchestrates their comings and goings, under the headings of ‘fish’ and ‘eggs’ using her fictitious mother as an excuse to keep them apart.

The scheme faces collapse when her friend Anne, whose marriage is teetering , arrives at the flat hotly pursued by her husband.

Unfortunately, one of Harriet’s lovers is confined to her bed with a sprained ankle and the second lover turns up unexpectedly, closely followed by two irate wives in search of their itinerant husbands.

Keeping ahead of the events slowly becoming ever more complicated around her, Harriet desperately plucks reasons and excuses for developments straight out of her head, often complicating the situation even more.

The indescribable confusion that ensues builds to a complexity of mistaken identity and farcical situations. Somehow her quiet and well ordered flat becomes a somewhat unconventional nursing home, and the chaos builds and builds! 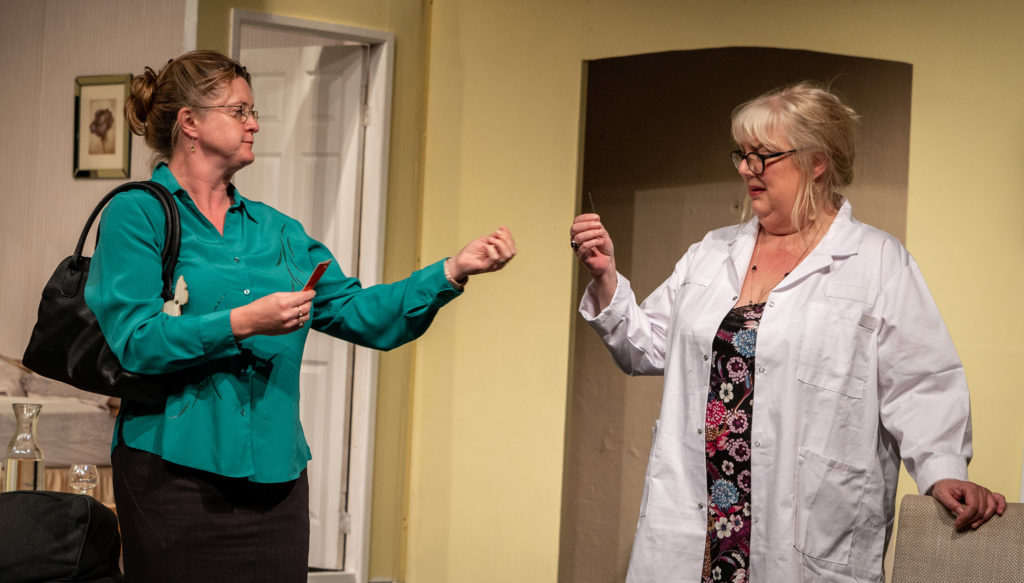 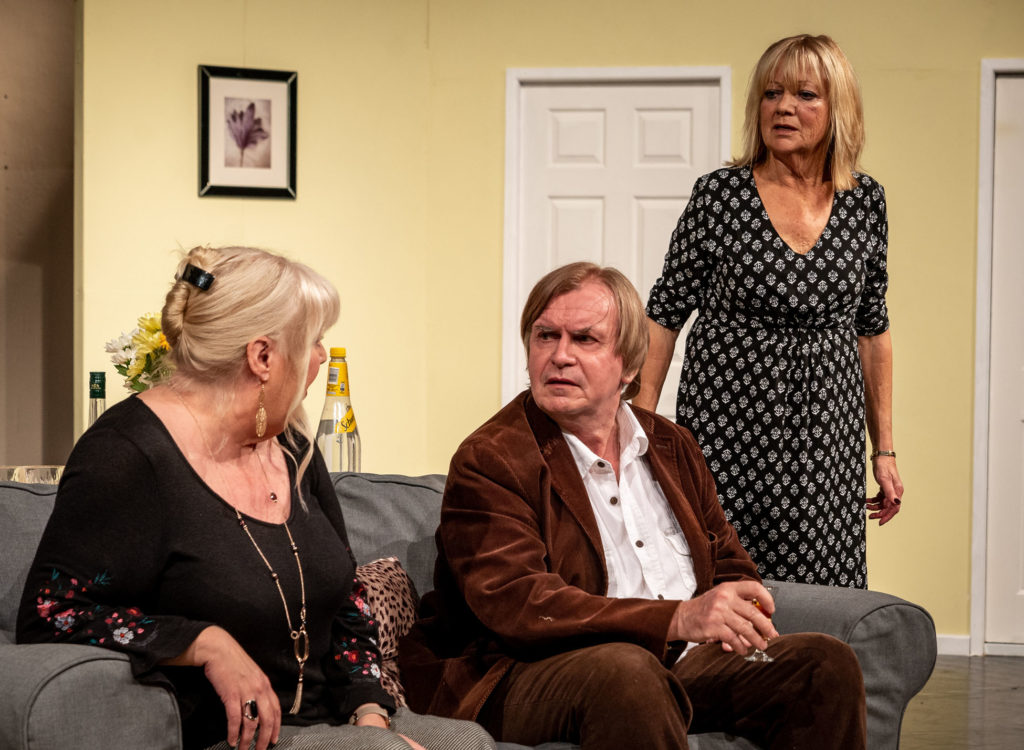 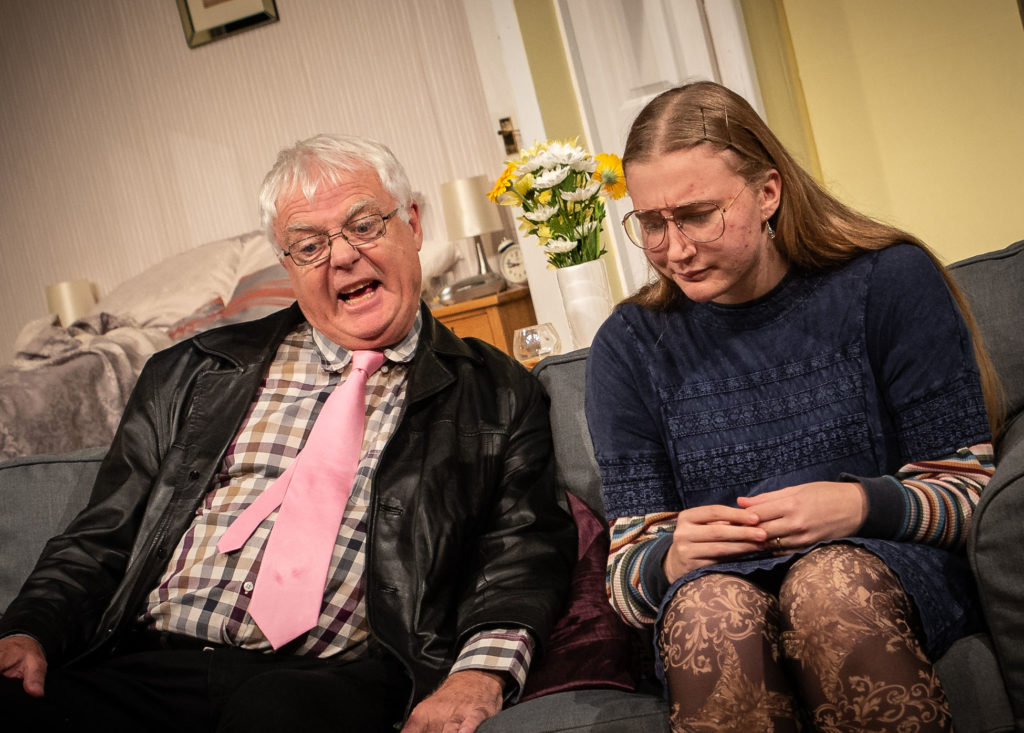 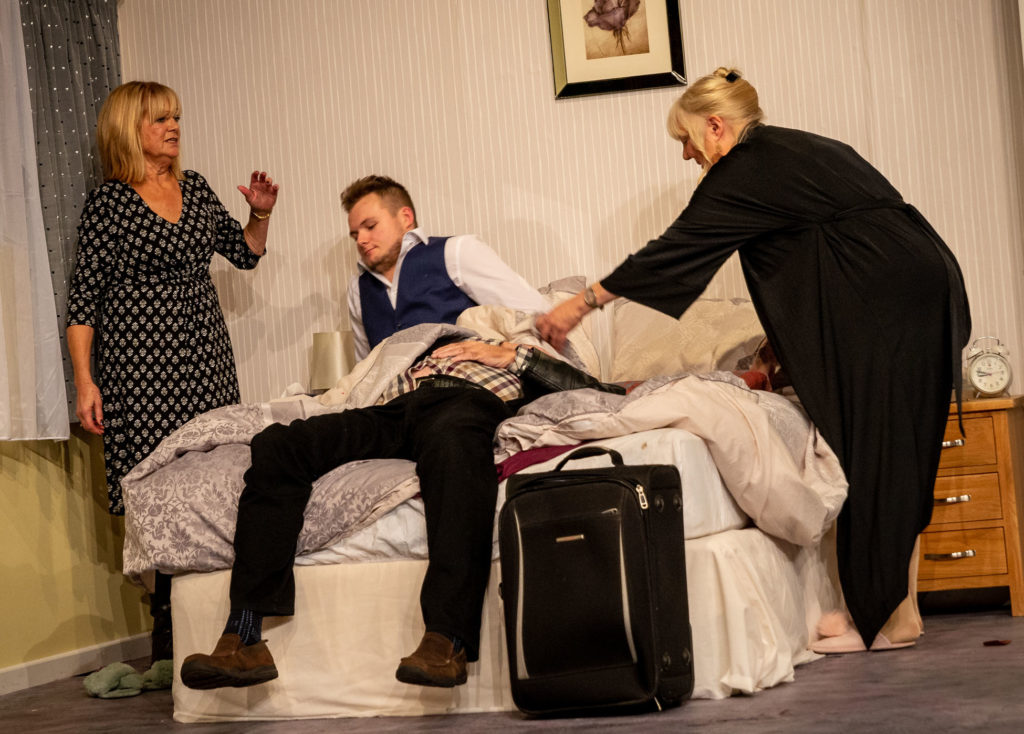 Key for Two is the result of a collaborative effort by two well known play writer / screenwriters, Dave Freeman and John Chapman, both sadly no longer with us.

Dave Freeman began his working life as a London policeman after serving in the Royal Navy. He then became a journalist. In 1953 he began writing for television and worked with many of the top comedians of the day. His first stage play ‘A Bedfull of Foreigners’ opened in 1973 and ran in the West End for eighteen months starring Terry Scott and June Whitfield.

John Chapman trained for the stage with RADA and made his first professional appearance in National Velvet in 1946. In his early twenties he found himself acting and understudying in the Whitehall Farces with Brian Rix and it was here that he began to write. After a short time away from the West End he invited Brian Rix to read his new play. The rest, as they say, is history! DRY ROT ran in the West end for four years. That’s 1475 performances to be exact!

Both of these gentlemen worked with, and wrote for, many famous names of the 60’s 70’s and 80’s. Brian Rix, Sir Ralph Richardson, Hugh Lloyd and Terry Scott, Tommy Cooper, Benny Hill, Arthur Askey, Frankie Howard and Sid James.

There were many others too, June Whitefield, Julia Mackenzie, Moira Lister to add just three well known ladies to the list. All owe at least a part of their celebrity status to appearing in plays, films and television series by these two men. 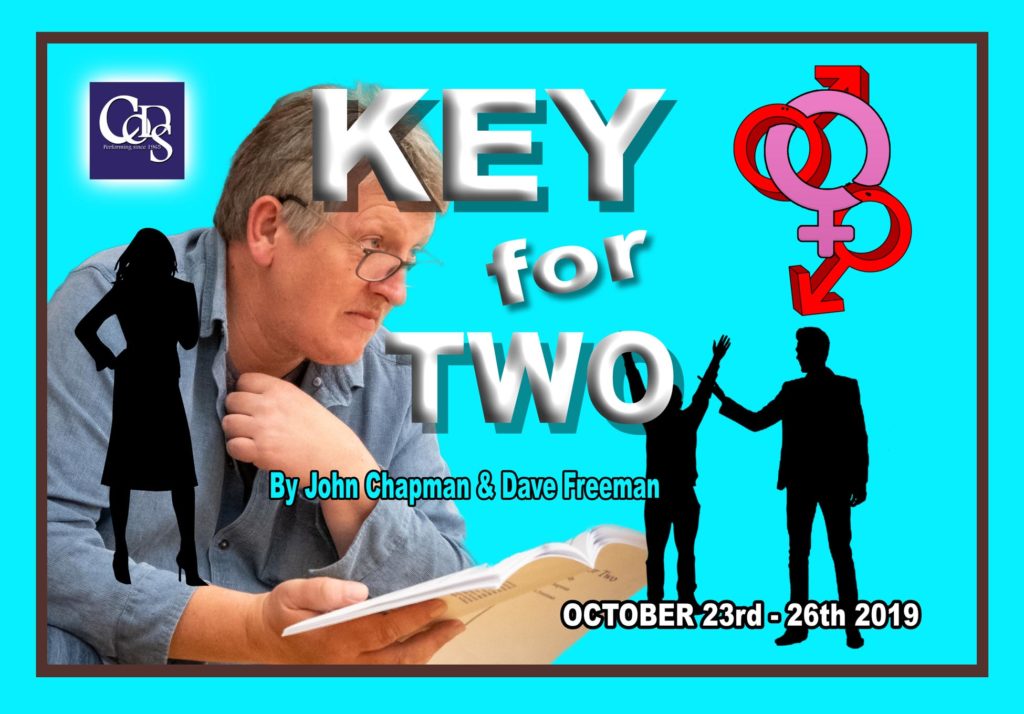